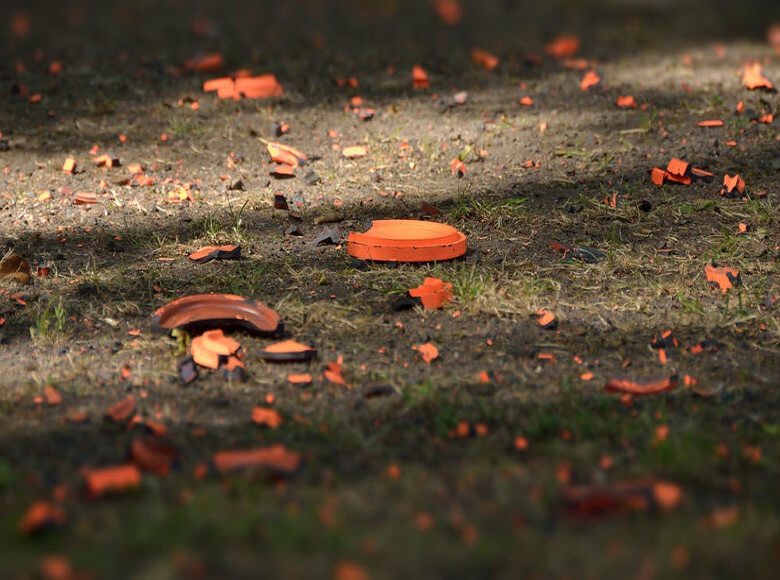 Have you ever stopped to think about what clay pigeons are made from? Can you tell your minis from your midis? Our handy guide is here to tell you everything you need to know about clay pigeons.

What are clay pigeons made of?

Despite the name, clay pigeons are not made from clay. They’re actually made from a mixture of pitch and pulverised limestone rock.  This combination of materials is designed to withstand being thrown from a trap at high speed, whilst also being easily broken by pellets from a shotgun.

What are the different types of clay pigeons?

The most commonly encountered type of clay, they measure 110mm in diameter and are slightly domed in shape.

Midi targets measure 90mm in diameter. These targets fly faster and further than standard clay pigeons, making them a more challenging target. Their smaller size creates the illusion of distance, which can often cause the shooter to miss the target.

Mini targets are smaller still, with a diameter of just 60mm. These also create the illusion of greater speed and distance. As with midi targets, the majority of misses are caused by misreading the target.

The battue is the same diameter as a standard clay. However whilst standards are concave in shape, the battue target is almost completely flat. Due to its shape, it can cut through the air up to twice as fast as a standard clay. These clays are often thrown in a way that they initially appear edge on. As they travel, they will start to twist on their axis. This, combined with their speed, can make the battue target very hard to see.

As the name might suggest, this clay target is designed to simulate the movement of a rabbit. Rabbit targets are the same diameter as standards but have a thicker rim to withstand rolling across the ground.

To experience a range of clay pigeon targets, why not book a clay pigeon shooting lesson at Lady’s Wood? To book your lesson or to enquire further about what Lady’s Wood can offer, get in touch.