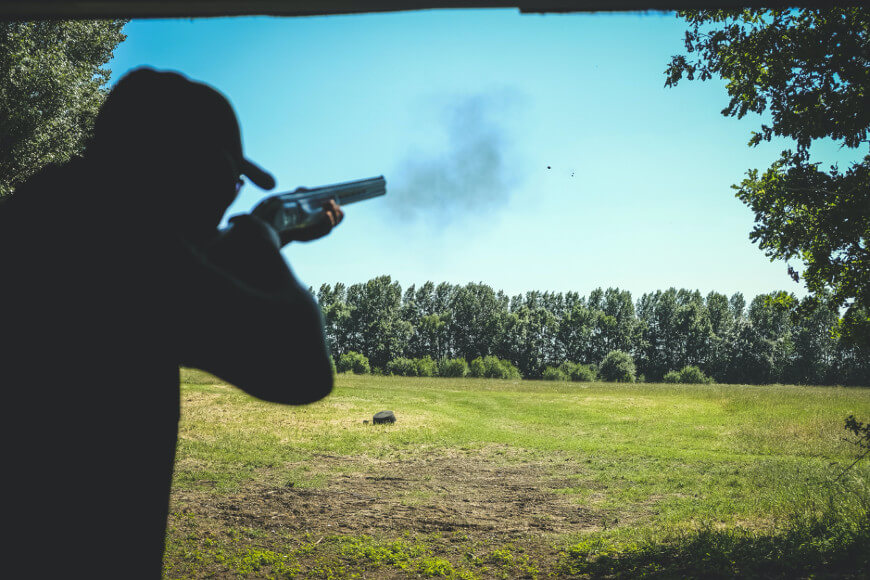 There are a number of different forms of clay pigeon shooting, here we talk you through three popular disciplines: Sporting, Trap and Skeet.

English Sporting is perhaps the most popular clay pigeon shooting discipline. It’s known for its wide range of targets with a variety of trajectories, angles, speeds and distances. This is the discipline that probably closest resembles game shooting as it aims to simulate a range of game targets. Some of the names commonly seen on sporting clay stands reflect this: driven pheasant, dropping duck, crossing pigeon, etc.

Trap shooting includes several different disciplines including Down the Line (DTL), Ball Trap and Double Trap. Whilst each trap shooting discipline varies slightly, they all share a common feature in that each target travels away from the firing position at various angles, speeds and trajectories. Olympic Trap requires a range of complex targets and layouts, not often seen at shooting grounds in the UK.

The discipline of skeet shooting originated in America. Targets are thrown in either singles or doubles from two traps located approximately 40m apart on opposite ends of a semi-circular arc which includes seven different shooting positions. The shooting targets are thrown at set speeds and trajectories. Each round consists of 25 targets with variety and challenge achieved by moving through the seven different shooting positions.

Lady’s Wood Shooting School offer a wide variety of challenging targets and disciplines. We invite you to come and experience what we have to offer by booking a lesson, caddied practice or why not try our new Bowman Sporting Practice? Bookings can be made by calling us on 01454 294546 or email shoot@ladyswood.co.uk.